The ecclesiastical movement of the Opus Angelorum (OA) has its origin in Innsbruck (Tirol, Austria) in 1949 ... 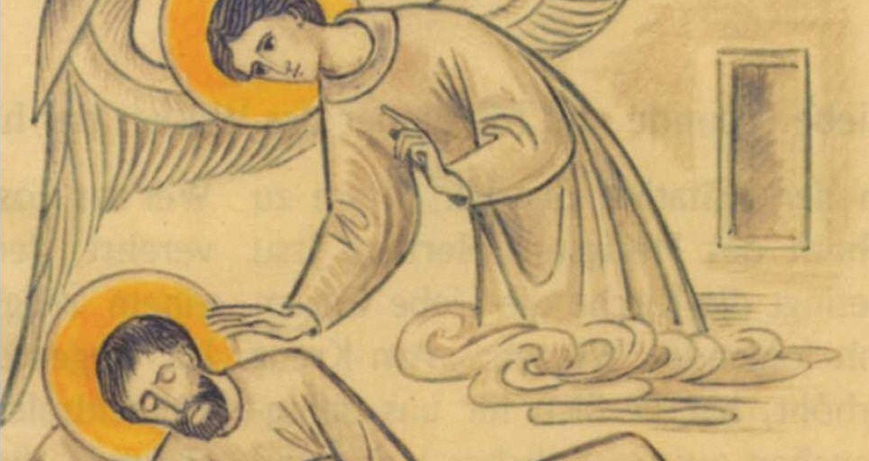 HISTORY OF THE OPUS ANGELORUM

The ecclesiastical movement of the Opus Angelorum (OA) has its origin in Innsbruck (Tirol, Austria) in 1949 with the intention to deepen the knowledge and the devotion to the holy Angels and through a more intimate collaboration with them in the life and mission of the Church to contribute to a greater glorification of God and a more efficacious dedication to the sanctification and salvation of souls.

Instrument for the beginning of this movement was Mrs Gabriela Bitterlich, a simple mother of a family in Innsbruck, who by mandate of her confessor began in the year 1949 to write down her inner experiences. In fact, since her childhood, she lived in a special intimacy with her holy Guardian Angel who guided her always to deepen her spiritual life, bringing her to an intimate union with Christ Crucified, with the goal to cooperate intensively in the work of salvation.

Her spiritual director understood that this was not just an individual way, but a gift, a grace given to the whole Church. Around Mrs Bitterlich, a group of faithful was formed as well as a group of priests and seminarians devoted to the Angels.

In the year 1950, the diocesan bishop of Innsbruck, Dr Paulus Rusch, approved a text of consecration to the holy Angels and another text of consecration to the Guardian Angel. From that moment on, the bishop accompanied closely the movement, authorizing the divulgation of spiritual letters written by Mrs Bitterlich to the members of the movement that grew always more numerous.

The central focus of the movement consists in a sober richness of the Christian perfection, marked with an authentic friendship with the holy Angels. This collaboration with the holy Angels has its goal in a greater glorification of God, most of all through a reverent celebration of the holy Liturgy and Eucharistic adoration, and then in our common mission, in the dedication to the sanctification and salvation of souls. Because of this motivation, as many times written by Mrs Bitterlich, she centred her practice of virtue on the fellowship of the suffering Christ. In fact, the devotion to the Paschal Mystery of Christ is central characteristic of the Opus Angelorum, and the Blessed Virgin Mary is always the model of the spiritual life of the members of the OA.

Moved by a strong desire, not few of the members of the OA desired to lead a regular consecrated life following the spiritual traits of the movement. This was the beginning of the restoration of the Order of Canons Regular of the Holy Cross, through the Pontifical decree Perantiquus ordo in the year 1979, followed by the female branch, the Sisters of the Holy Cross, erected canonically in the year 2002 in Innsbruck.

In the historical process of the complete integration of the Opus Angelorum in the Church began a longer dialogue between the ecclesiastical authority and the representatives of the movement. As result, there were several interventions of the Church to guide the healthy development of the movement. In the discernment of the authenticity of a charism, it is necessary not to “quench the Spirit”, but to “test everything and retain what is good” (1 Thess 5:19.21), and apply this principle in the Church (cf. 1 Cor 14).

In fact, during the history of the Church, there were and are many of such prophetic charisms, be it on the institutional level as well as the charisms of religious communities. These charismatic gifts, accepted with gratitude by the Church, are regulated and sometimes also modified by the Church. Obedient acceptance and docile disposition are necessary elements to guarantee the authenticity of the charism as a “conditio sine qua non” for the approval through the competent ecclesiastical authority.

Since the year 1977 until 1992, the Congregation for the Doctrine of the Faith has examined the doctrine and practice of the Opus Angelorum in their depth, and promulgated two decrees, one in 1983 and the second on June 6, 1992. In the latter, the Holy See has given regulations about the doctrine, the spirituality and practice of the OA, so that it would develop in a healthy and proper way in the Church.

The Opus Angelorum and its members were called to follow faithfully the Catholic doctrine on the Angels based on Sacred Scripture and the Tradition of the Church. It is not permitted to use any names or teachings that are not based on the Tradition of the Church. In particular, in the celebration of the liturgy, fidelity to the rubrics of the liturgical texts was reminded. An Apostolic Delegate was named to guarantee the faithful application of the ecclesiastical guidelines.

Through the docility and fidelity of the members and superiors of the OA, it was possible to fulfil, within short time, the different steps towards a structuring of the Opus Angelorum and its apostolate according to the directives of the Holy See.

Here we mention some important moments of the development:

In the Holy Year 2000, the Congregation for the Doctrine of the Faith approved, following the recommendation of the Apostolic Delegate, after several theological clarifications, a text of the Consecration to the Holy Angels.

In the year 2003, the Congregation For Institutes Of Consecrated Life And Societies Of Apostolic Life approved definitively the Constitutions of the Order of Canons Regular of the Holy Cross, according to which the Order was given the highest direction of the Opus Angelorum according to can. 303, CIC.

On November 7, 2008, the Congregation For Institutes Of Consecrated Life And Societies Of Apostolic Life approved the Opus Angelorum with its statutes as a public association of the faithful in the Church.

In his message at the occasion of the General Chapter of the Order of Canons Regular of the Holy Cross, on January 8, 2009, His Eminence Tarcisio Cardinal Bertone, by mandate of His Holiness Pope Benedict XVI, transmitted his desire that the holy Angels may “accompany the family of the Opus Angelorum, so that with prayer and apostolic zeal it may serve the unceasing sanctification of the entire People of God.”

The Opus Angelorum has its seat in Rome. Its moderator is the Prior General of the Order of Canons Regular of the Holy Cross.

The home of the Opus Angelorum is in St. Petersberg, Silz, a town within the Diocese of Innsbruck, Austria. It is at the same time the mother house of the Order of the Holy Cross.

The movement of the Opus Angelorum developed and consolidated in the Church. By propagating the devotion to the holy Angels, it wants to guide its members towards perfection in Christian life, on the way of the fellowship of Christ in communion with the holy Angels, with whom it adores the Thrice holy God, and dedicate itself to the sanctification of souls, especially the sanctification of priests.